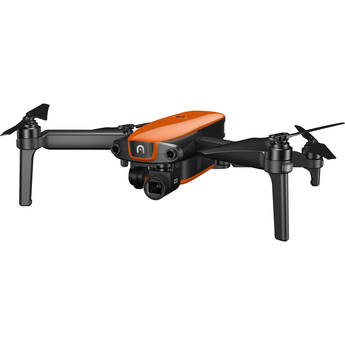 Normally I discard test results in which technical errors are present, but this example has been included to illustrate the perils of comparing lenses and/or camera bodies without multiple cross-checks and multiple frames to detect errors. The examples on this page were cross-checked from the left of the frame to the right of the frame to verify that optical misalignment was not the issue. Three frames were taken with each camera, allowing autofocus to refocus each time.

Frames shown were taken at 1/80 second @ f9, ISO 100 with both cameras. A B+W polarizer was also used, with care taken to not alter focal length or polarizer position when switching the lens between camera bodies.

In this example [below], observe that the D2X has back-focused (focused behind the subject), yielding resolution inferior to the D200. Yet the camera had just returned from Nikon service a few days prior to this test “operating per factory specifications” according to Nikon.

Focus accuracy has been a recurring problem with my Nikon bodies, and has left me with less hair on my head than when I began this review, as less than perfect focus renders any comparison meaningless. For this review, I was forced to perform more than one reshoot of what should have been straightforward comparisons. For more on this subject, see Focus Accuracy.

When comparing lenses or camera bodies, I now favor subjects that can show front-focus or back-focus errors—and the results are disheartening, occurring with two D2X bodies, the D200, and with different lenses. I have concluded that autofocus accuracy is simply not accurate enough for critical sharpness with many lenses and under many real-world conditions. This problem will be explored in detail in a future Diagnosing Sharpness Issues article, which will consider both Canon and Nikon equipment.

Shown below are crops from three D2X frames. Each shows different resolution, due to slightly varied focus. The fact that they were all taken at f9 shows that the amount of backfocus was so large that even the increased depth of field could not compensate for the error!

Nor is it clear that the “best” frame seen below is actually optimal, so in this example we can’t be sure that there isn’t a sharper result possible with the D2X, just one not achieved in 3 frames.

Such focus errors are simply unacceptable for professional use—there is little point using a 12.2 megapixel camera if autofocus error effectively downsamples the resolution to 10 or 8 or 6 or 4 megapixels. Without a doubt, focus errors are the likely genesis of many online complaints about lenses being “soft”; the errors seen below are at f9—at f2.8 the errors would be even more pronounced!

By comparison, the D200 did a fine job of achieving consistent focus. I don’t believe that a sample of 3 is statistically valid, but few photographers would consider shooting 10 frames or more an acceptable approach to get a job done. A single frame ought to be enough. What’s more, I had fewer instances of back-focus errors with the D200 than with the D2x. All 3 D200 frames below look crisp.

100% organic non-GMO, no additives or preservatives, lab tested for purity and quality.

Comparing the D2X to the D200 (matched resolution)

Comparing another section, the increased contrast of the D2X is apparent, even though both images were shot and processed with identical settings. Taking the contrast difference into account, the D2X has little (if any) apparent resolution advantage over the D200, even though the D200 image was enlarged by 10.7% (D200 3872 pixels wide upsized to the D2X's 4288 pixel width). Taking the 10.7% enlargement into account, it’s clear that the D200 has outperformed (or at least equaled) the D2X simply by achieving more accurate focus.

The D200 frame is also more amenable to post-processing in that its overall contrast is lower and more natural looking (though not necessarily more accurate); observe the brick green foliage in particular.

Caveat: the frames were shot using a polarizer, so the reader might wonder whether the difference could be attributed to the polarizer. A fair question, but special care was taken to not move anything while the lens was transferred between cameras. Also, as observed on other pages of this review, the D200 always shows slightly lower contrast than the D2x.

Order by Monday, get it by XMAS!

Focus errors can eliminate any resolution advantage that the D2X offers over the D200, even when well stopped down (f9 in this example). Perfect focus is required to extract the optimal results from these cameras (this is true of Canon EOS bodies as well).

There can be no assurance that my particular D2X is operating at the potential of the D2X design, but Nikon returned it to me “operating according to factory specifications”.