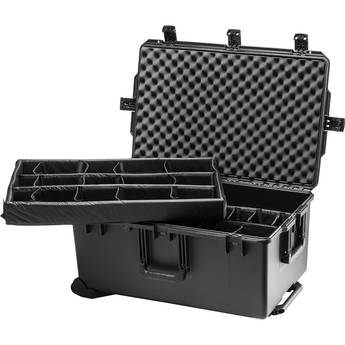 The companion to this article is Autofocus Accuracy.

For this test I used the 10.2-megapixel Nikon D200 together with the Nikon 35mm/f1.4 AIS.  Based on past experience, I have no doubt that similar results would be seen with the Nikon D2X.   I have perfomed a similar test in the past using the 58mm/f1.2 NOCT-Nikkor with similar results [see also Background Blur].

For an extensive comparison of the Nikon D2X and the Canon EOS 1Ds Mark II and EOS 5D, see D2X vs EOS.

I tested using a Gitzo 1325 tripod (see The Sharpest Image) with a beefy Burzynski tripod head, together with mirror lockup and MC-30 remote release.  An planar (flat) outdoor subject was used for this test.

Multiple frames were taken, refocusing manually each time, sometimes focusing from the infinity side, and something focusing from the closeup side of the focusing scale.   Focus was deemed achieved when the viewfinder focus assist light came on, and stayed on, without blinking.  There was clearly some focus “slop”, so I used a variety of points, all of which the D200 indicated as being in focus.

The center focus area was used, which should be the most accurate.  The subject was at a distance of approximately 100 feet, well beyond the distance many photographers would consider precision focus an issue! Nevertheless, it is an issue at f1.4.

Each crop shown below was “in focus” according to the D200 focus-assist light inside the camera viewfinder.  The light was solid (not blinking on/off), indicating the D200 was satisfied with an in-focus image.  Eight frames were taken as raw (NEF) and processed with Normal contrast, no sharpening.

Observe the variation, and ask yourself whether these results are acceptable. And remember, this is at a distance of 100 feet (30 meters)!

Shown below is the same crop taken at f2.8 (the f1.4 shot was just prior; the f2.8 shot used the same focus). Is this or is this not the best performance from the 35mm/f1.4 AIS?  It’s hard to say without more frames, and this is what makes evaluating a lens far more difficult than commonly realized.  However, based on past shooting with the 35mm/f1.4, I think there might be a smidgen more detail available from 35/f1.4.

Without a doubt, obtaining maximum resolution from today’s digital SLRs is a nerve-racking challenge when the focusing system is incapable of determining critical focus.  The situation only becomes worse at closer distances, and with moving subjects.  Autofocus is not a solution, though it might prove more accurate on average, depending on the camera and lens.  After all, the manual focus-assist indicator relies on the same focusing system that the autofocus does.

Stopping down to f5.6 or  f8 might be the only real solution when consistent sharpness is required.  But that is not an option when the desired effect is shallow depth of field, or when lighting conditions preclude it.  Fortunately, the majority of subjects do not require a highly-precise plane of focus.  But for subjects that do require precise focus, this lack of precision is troubling.

In this test, it appeared that the most accurate focus was achieved by starting at infinity, and then focusing closer.   However, too few frames were taken to prove this beyond a doubt, and it might depend on the lens and camera body also.  Try your own lens(es) to be sure.

After reading this article, you now understand just one of the many reasons why lens reviews such as 28mm Shift Lenses represent a tremendous amount of effort, and why much of what is posted online about lens performance is of dubious reliability.