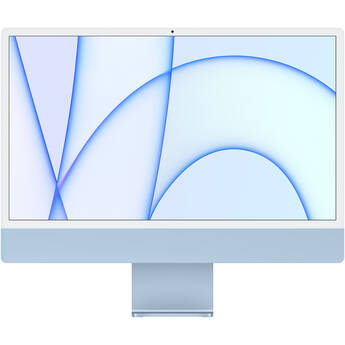 Let it be said first that MTF is one interesting data point, but nothing beats making real images to assess lens performance. See my DAP and my Guide to Zeiss ZF/ZE Lenses offerings.

Modulation transfer function or MTF simply means how much contrast at a specified resolution.

Contrast is what the human visual system interprets as being "sharp".

In essence, what MTF means is "how black is black" and "how white is white". Good contrast means that black/dark tones stay that way, and white/bright tones stays that way.

For links to a detailed technical discussion of MTF, see my April 8, 2009 blog entry. This page simplifies some of the concepts to make the subject more approachable.

Some manufacturers based on computed MTF eg the MTF achieved by the lens design assuming perfect manufacturing and assembly. Since only a real lens can be used on a camera, computed MTF is a nonsense claim great for marketing purposes, but one unlikely to be realized with lenses that you can actually buy: see Brand-new Blur.

Zeiss and Leica publish MTF charts that are measured from a real lens. With the Zeiss ZF, ZF.2 and ZE lines, all lenses must meet that required performance level or they rejected and not sold.

You can view Nikon MTF charts on the Nikon global site (select a lens). It is not clear whether Nikon measures MTF, or computes it.

Canon's MTF charts are posted with their lens descriptions. Apparently, Canon computes MTF and does not measure it with real lenses.

MTF charts often can't be compared directly, because not only is the spectral weighting different, the resolution(s) used might vary. It's ok to compare charts from different lenses from the same manufacturer, but not necessarily to do so between manufacturers.

MTF at 40 line pairs/mm is a much more demanding standard than at 30 line pairs/mm, so Canon and Nikon MTF (computed) charts should not be compared to Leica or Zeiss (measured), though they are still useful if one makes certain mental adjustments.

Stopping a lens down eliminates aberrations to a point, but diffraction always begins to dominate by f/5.6 with any well made lens, and sometimes sooner. It's really an issue relative to camera resolution: when 100 megapixel DSLRs exist, aperture f/2.8 will be the limit. As the resolution increases, MTF goes to 0%, which means pure gray, or no detail.

A perfect lens (no aberrations) will show best results wide open, such a lens is "diffraction limited", meaning that the only limit to its performance is the laws of physics. Such lenses can't truly exist, but the Arri/Zeiss Master Prime lenses for film-making come very close.

I like to see consistent performance across the frame. This is common with lenses 60mm on up, but rarely the case for shorter focal lengths where one often sees a "wave" of sharpness, typically with associated astigmatism (see below).

Since there is often uneven MTF across the frame, one needs to read between the lines so to speak— to interpret to what extent the MTF is the result of field curvature. An inflection point (wave) usually means field curvature, and thus one can interpolate maximum performance from the highest areas.

Astigmatism (below) is very common with wide angle lenses. When substantial, it does show up in real images as an undesirable sharp/unsharp effect on some subject matter.

MTF varies with focusing distance. Infinity is not the same as shooting a resolution chart at close range, another reason to ignore resolution chart test on their own: many lenses are optimized for infinity, some for 1 meter, etc.

MTF is measured in sagittal (radial) and tangential directions. A lens might resolve details in one direction but not another to varying degrees; changing focus makes details oriented in one direction sharp to the exclusion of the other: one can have sharpness in one direction only (stopping down increases depth of field and thus helps considerably).

Typically there are other aberrations as well, so the effect can be less than obvious. In the image below, observe that the mostly horizontal bars show good contrast (black), but that the mostly vertical bars are grayish. In extreme cases, one direction will be totally blurred, and the other very sharp.

An extreme case of field curvature can be seen with the apparently terrible MTF for the Leica 35mm f/1.4 Summilux-R (below). The MTF curve dips to 0% MTF (no detail whatsoever) at the 12-13mm mark (about 2/3 from center).

A planar (flat) subject shot with this lens will be very sharp at center, but completely blurred about 2/3 of the way out, then sharpening rapidly towards the edges, then starting to blur again at the corners! It's confusing, and it's why resolution chart tests by themselves are a foolish approach to understanding lens performance. On the flip side, an outstanding MTF chart always means excellent performance (barring a defective lens).

The 35/1.4 Summilux-R is designed as a "street shooting" lens, and so this MTF behavior is acceptable for the "3D" images it was designed for, but it won't serve you well for shooting a group of people, or landscapes, or any subject where one expects items at the same distance to be equally sharp.

Observe also that there is very strong astigmatism over much of the frame in the graph above (solid lines vs dashed lines). This does show up in images in strange ways, sometimes an odd sharp/unsharp effect, a strained look to areas that have certain patterns of detail.

Keep in mind the sensor size of your camera. A DSLR with a sensor smaller than 36X24mm does not "see" the entire frame, so lens performance beyond a certain distance from center won't matter.

There are three pairs of lines below: the top pair is at 10 lp/mm, the next pair is at 20 lp/mm and the lowest pair is at 40 lp/mm. All of them matter together in context, but pay most attention to the 40 lp/mm (lowest): this is what affects the recording of the finest details. Ideally we'd have 60 lp/mm also, but so far no one except Olympus publishes MTF as such high resolution.

Each pair has a sagittal (solid) and tangential (dashed) line. In this case, astigmatism is extremely low out to the 15mm mark or so, then increases (but is still low as such things go).

No 50mm lens that I've tested (9 or so) can show center to corner consistent sharpness. It just doesn't happen for 50mm and wider angle lenses because of design tradeoffs (optical, as well as size/weight constraints). Most 50mm lenses also have a wavy (curved) field, there is even a hint of that here with the Zeiss 50/2, observe the bulge near the 18mm offset; most lenses have much more, especially f/1.4 designs.

The Zeiss 50mm f/2 Makro-Planar is an exceptionally high performer for a 50mm lens, but even it shows a drop-off in MTF beyond the edges of the frame beyond 18mm offset (f/5.6 and f/8 help with this performance).

The dropoff at ~18mm is no accident; the lens was almost certainly designed to perform out to the edges, but allow the corners to falter, a design tradeoff, perhaps for size and weight. In general, don't worry about performance beyond the 20mm mark.

MTF is outstanding for the Zeiss 100mm f/2 Makro-Planar. Not only is contrast high at all resolutions, it's consistent across the frame with little variation right out to the corners. It's outstanding theoretical performance, but also real world goodness that I've verified many times with a real lens. The result is remarkable clarity in the images it produces, in both a resolution and perception sense.

Mouse over f/2 to see f/4. MTF almost always increases as the lens is stopped down, usually until f/5.6 whereupon a top quality lens starts to lose contrast due to diffraction. But when we see 40 megapixels DSLRs, f/4 will be the limiting aperture, so performance there is very important.

For 40 line pairs per mm, anything near or over 60% should be considered outstanding at any aperture. But even at f/2 the Zeiss 100/2 Makro-Planar is outperforming most lenses at f/8.