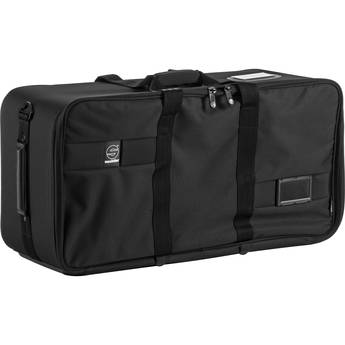 2021-10-18 Phishing: Beware Emails with Many Invisible but Clickable Links, Latest Fad is Sender that Says …

Question: is the iMac Pro faster or slower than the 2017 iMac 5K?
Answer: yes.

I cannot test an iMac Pro until one can be obtained—which looks like January at the earliest—see the two models I recommend below.

At this point in time, it is unclear if an iMac Pro will be faster or slower than the 2017 iMac 5K I am currently using.

Below, two solid choices for photographers for the Apple iMac Pro. Neither can be had before mid January. My perspective (see above posts for more details):

The 14-core configuration offers turbo boost to 4.3 GHz, and it is an interesting option possibly for programs like Zerene Stacker. Still, its base clock speed with all cores in use is only 2.5 GHz, so that’s like an 8-core 4.2 GHz machine only guaranteed slower: overhead increases non-linearly as more cores are used and memory and I/O contention worsens. So in my view the 8 or 10 core are most likely the best bet. Benefits beyond that are not going to be great.

Note: prices shown are discounted by virtue of belonging to ASMP.

I think this computer is geared towards video editing rather then photography. Do people really need to spend thousands more dollars to a get a an extra second (or less) on an task? But for video its pretty tough to work with stuttering video, all though most of the iMacs will do fine with 4k video this is probably aimed at an 8k work flow. But when you have 12 hour render times that could maybe be halved, then this would possibly be worth it.

It sure is a lot of money for an non-upgradable and difficult and time consuming machine to repair, is that really what a Pro wants? If the sales are bad will Apple just put it down to the fact that there is no longer a pro market out there.

My question though is how can we find out if the software we use will take advantage of all 8, 10, 18 cores, is there a list, does the software use all the cores for all the tasks?

DIGLLOYD: in my very first post about the iMac Pro back in June I explained it this way:

With 10 or 18 core options (8 cores by default), bragging points can be had in exchange for money. And that’s about all you’ll get for many uses: for most users, 8 CPU cores is ample, with 18 CPU cores of little use except for video users. Photoshop and Lightroom do not use even 8 CPU cores more than fractionally, so still-photo users need not concern themselves with more than 8 cores unless Adobe gets on the ball and uses cores much more efficiently between now and January 2018.

Getting an “extra second or less on a task” can matter for interactive use quite a lot. But that’s an argument for the 2017 iMac 5K, since all its cores run no slower than 4.2 GHz and it turbo boosts to 4.5 GHz, and usually interactive tasks use a single CPU core and rarely more than two. Thus with tasks where response to user input must be fast to be effective (drawing, using tools and similar), a fraction of a second delay can mean the difference between frustration and efficiency. The GPU might come into play also, and Apple claims 3X faster with the GPU, though I remain skeptical that this will help with interactive tasks.

As for core usage, there is no good predictor; this is a function of software coding in the application (severe limitations in many areas of Photoshop), contention for memory and cache memory, and especially where disk I/O is involved: since disk I/O can be very slow, it is critical that in such cases the data in question be on a very fast SSD.

My existing tests with different core-count Macs should correlate tightly to what result are likely to be like with the iMac Pro, exceptions being where software has improved:

To keep those CPU cores busy, it is critical to (a) not run low on memory, and (b) put data requiring fast access on the fastest possible SSD, such as the internal SSD or something like the OWC Envoy Pro EX. See Switched to 2017 iMac 5K as Primary Machine: Details on Gear I’m Using.

CLICK TO VIEW: Configuring my 2017 iMac 5K and Various

I have different competing cases, not unlike what many photographers do:

I also have an interest in ensuring that my diglloydTools IntegrityChecker can use 18 cores efficiently; I coded it to do so but usually disk I/O is the issue—I need 4 to 5 gigabytes per second to be sure and I have not had that speed available to test with.